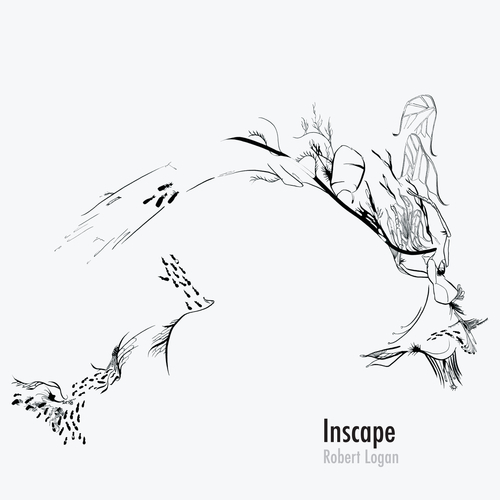 Slowfoot Records is proud to present the follow up to Robert Logan's acclaimed debut album Cognessence.

For his second album ‘Inscape’ Logan brings us deeper into dark and brooding soundscapes, effortlessly conjured from an eclectic range of acoustic and electronic sources.

"With his debut album, Robert Logan had set the bar rather high, but he effortlessly surpasses it with this second effort... ...With Inscape, Logan has delivered one of the strongest records of the year so far." - 4.7/5 [Milk Factory]

"Inscape is a technically impressive piece of work, and a treat for all sets of ears that pine after flamboyant, intricate electronica." [Boomkat]

"At times Logan's drumwork recalls the finer moments of modern day, studio heavy Massive Attack but it's his knack of infusing the manic into his music without making it a mess that is one of his strongest attributes" [Rock A Rolla]

"Those familiar with Robert Logan’s work will know what a pioneering force he is on the electronic music scene: he makes dark, resonating electronic compositions suited to the abandoned areas of dank cities, the hazy glow of bedrooms in streetlight, and the darkest part of the uncertain subconscious... ...BBC Online said of Logan that he is “…something of a prodigy… a man that is already showing a maturity and a musical/textural understanding that many simply never find.” And frankly, I couldn’t agree more." [Buzzin Electronic Music]

"...Robert Logan keeps his creations on a tight leash, though; it's all choreographed scissor-kicks, controlled texture-bleeding, with a dexterity of sound design beyond the brutalism of the cut-and-shut splice-and-dice merchants of mentalism..." [Igloo Mag]

"Logan’s is a career that I will be watching with interest as a man with this much skill and talent is set for very big things." [experimusic]

"Appropriately, this journey into the depths of Inscape is entirely unique, and it is a joy to experience." [The Founder]