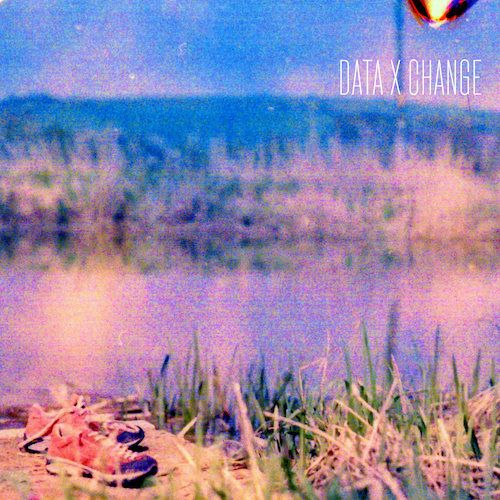 Data X Change is the debut release from Syd Nukuluk, a producer, songwriter and artist based in London. Written and recorded over the space of a year in a variety of locations and states of mind, it is the first release from an artist who has been refining his sound for the best part of a decade.

The EP explores what it is to be a songwriter in a digital, image based age - guitar is abstracted as a medium throughout the release, sometimes providing the dominant melody, sometimes just fragments and textures. Different genres are explored, the music lurching from trip-hop to ambient, folk to lo-fi, all tied together with a distinct sonic melancholia.

Field recordings and synthetic glitches feature prominently, setting the landscape for a dialogue between analogue and digital, and exploring where sentiment can exist in-between these two states. Nostalgia is created for digital spaces that never existed, lamentations for unrealised futures articulated in specific genres across the EP. The eclectic lurching from genre to genre alludes to a time of cultural over-stimulation, of multiple identities.

Syd Nukuluk grew up at the end of rock music, to a family of lost punks and psychonauts. After taking up the guitar at a young age, he found himself dazed in a music culture that rejected the very personality of the instrument, lost at a crossroads of guitar songwriting, ambient music and trip-hop. Inspiration was found in experimental production; several years of working as a producer and engineer gave Syd a direction he could confidently move in, drawing from an eclectic, broad pool of influences.

This is the first release involving mysterious French-British rapper Monika, an artist experimenting with an online understanding of blackness and masculinity. He writes fictional texts - which he hopes to promulgate via the internet - to affirm, explore and transcend his identity. A chance encounter with Syd Nukuluk in 2018 led to some studio sessions, and they haven’t looked back from there. The duo are already hard at work on their next release.

Data X Change also features some of the best up and coming players in South London; Wazoo B-P [Monzanto Sound] contributes drums and piano to Glassbox with Patrick Fitzgerald [Deathcrash] on bass, Anthony Boatright [Black Bordello] plays bass on Plasticene and Mateo Carlos [Me, Charles and The Slurs] plays bass on Partial Observer. The distinctive voice of Sienna Bordello [Black Bordello] is sampled across the record.