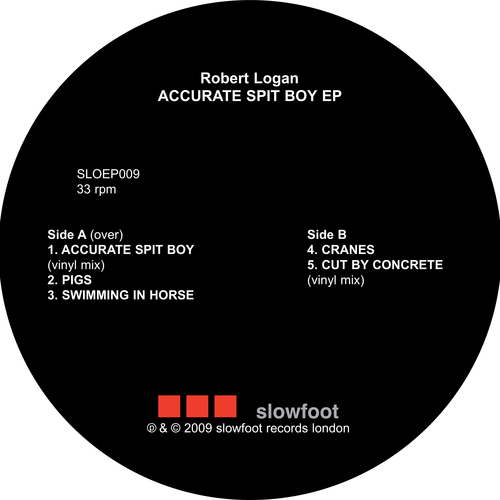 New 12" EP which is linked to the imminent release of his second album Inscape.

Still only 21, Logan has already drawn comparisons to the likes of Amon Tobin, Massive Attack and Autechre. His brilliant and acclaimed debut Cognessence, was described as the ".. link between the completely urban, dancefloor focused scenes of grime, ragga, dubstep and the industrial/suburban landscape of teenage bedrooms, twitching curtained cul-de-sacs and the discovery of the inner life" [BBC]

"The EP is a testament to why Robert Logan is so lauded. The raw, haunting electronic blips and deep bass buzz that emanate from the five tracks inhabit an untouchable space of their own.... ...If justice is done, his music will be as great a success as Burial’s innovation was last year " [Buzzin Electronic Music]

"The classically trained Logan provides the nightmare soundscape backdrop for albums like Dorian Concept’s When Planets Explode and Harmonic 313’s When Machines Exceed Human Intelligence, particularly the tracks on the B-side that are deep on dub and bass." [Global Fly]

"Accurate Spit Boy' is taken from his forthcoming follow up LP 'Inscape' and follows his inquisitively improvisational and experimental ear into highly complex and accomplished soundscapes." [Boomkat]